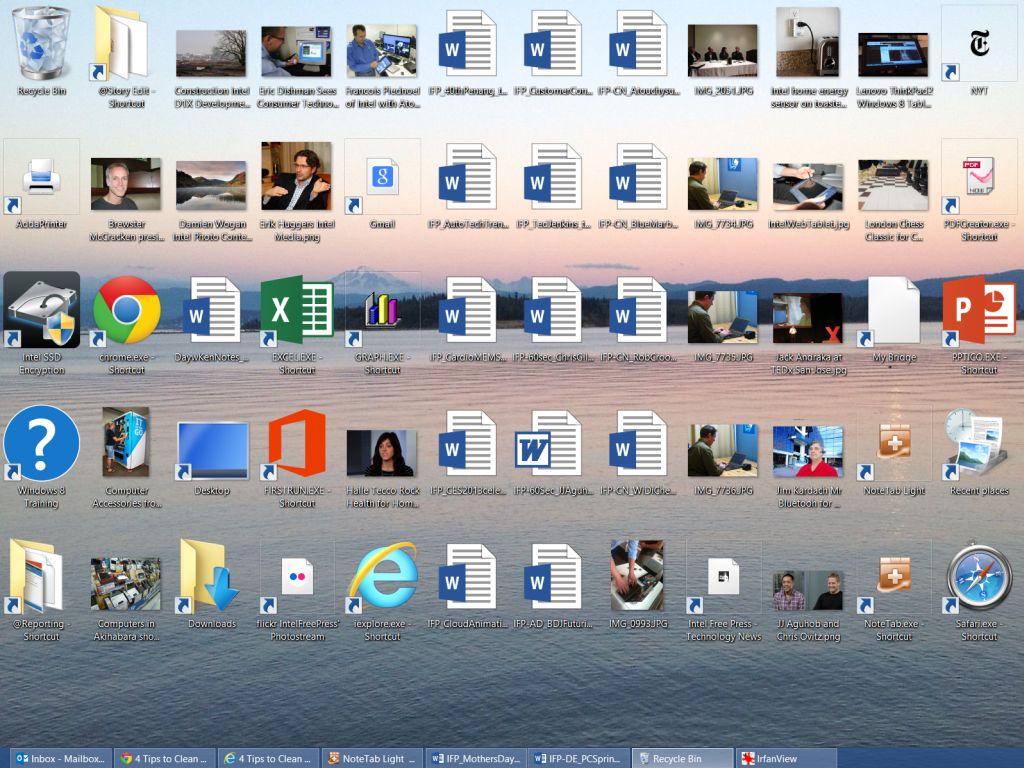 If your computer desktop looks anything like the photo above, I’m going to go out on a limb and say there’s probably a better way to organize your stuff. Desktops tend to be a catch all because they’re often the easiest place to locate something. I mean, instead of navigating through the inner workings of folders and files, why not keep things in the quickest and easiest place to get to? I read that when you work on a computer that confronts you with clutter, focusing on the task at hand is more difficult. Disorganization in a physical or digital workspace can cause unnecessary stress and distraction.

Not every program or app needs a desktop shortcut. If you frequently use Office or Adobe programs, it makes sense to have those quickly accessible. For your infrequently used programs, make sure you know how to find them via the Windows Start menu or Mac Launchpad, and then delete those babies from the desktop!

It may also help to have a clean and simple background. While a group family photo of many smiling faces may be lovely, a complex photo won’t allow your icons to stand out and be easy to find. Simple wallpapers allow you to declutter and organize in a visually pleasing way. 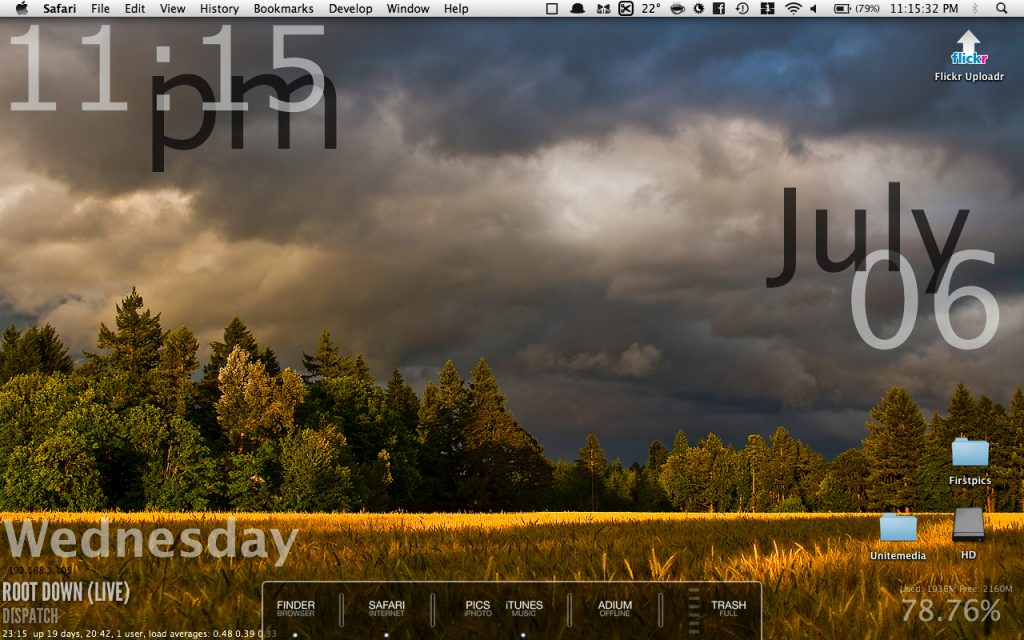 Once we all transitioned from rolls of film to digital photos, we stopped being selective about the photos we took. Suddenly we could snap as many photos as we wanted to get the shot just right rather than rationing the number of photos left on the roll. I’m pretty sure most of us have thousands of digital pictures now. Maybe they’re on your desktop (yikes), maybe they’re in My Photos, or maybe they have a dedicated drive. The sheer quantity means it’s easy for photo organization to get out of control. While there are numerous ways organization can be achieved, below is what works for me.

My photos are on a dedicated external drive that gets backed up periodically on a secondary external drive. Nothing else goes on my photo drive except for photos. Nothing. The first tier of folders is by year, the second by month, and the third by event. For example, holiday photos from last year can be found by going to folder “2014”, folder “December”, and then folder “Christmas Party”.

I do this so I have two ways to look for old photos. If I remember the year and season the photos are from, I can find them that way. If I don’t, I can search by event name. This is why it’s important to name folders specifically and concisely. For example, photos in a folder named “Denver Vacation” will be easier to find in a search than if the folder is named “Summer Vaca”.

I love to have access to my files and documents when I’m away from my laptop, and I try not to slow down my computer by saving a lot on it. Google Drive is my prefered way to save the majority of my personal work. You can create pathways in the same way you would on your hard drive. First create big, overarching category folders like “Personal”, “Work”, organization named folders (Lambda Pi Eta), or class named folders (Chem 101). Then break those down further: “Taxes”, “Blog Posts”, “Travel Docs”, “Resumes”, “Client Projects”, etc. It’s very likely those will still be broken down further with more specific folders inside. Think of a funnel. Most files won’t need their own folder so you don’t end up with a billion folders, but grouping alike files and narrowing them categorically can be a great way to get more organized.

I constantly have to reevaluate my system when new files are being introduced. If I’m saving another insurance document in my “Personal” folder and realize there are enough files to justify a new subfolder, I’ll create one called “XYZ Insurance” and drop in the corresponding files. Good organization is flexible to what’s being organized.

There are many ways to organize digitally and no one way is the best. Find a way that makes logical sense to you, and start that declutter process! Most of the work is on the front end, and it will be easier to stick to once the foundation is established.

How do you organize your digital life?