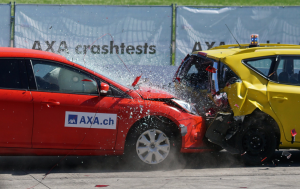 Naturally, Florida, and in particular, Orlando, are not immune to those trends since those locations experienced a similar rise and fall to the rest of the nation. If you have been in an auto accident and need legal aid, then call 1-800-INJURED to get the care you need.

Why Are Auto Accidents On The Rise?

According to the National Safety Council, car accidents saw an increase of 7% in 2015 and an increase of 6% in 2016. That is a small increase, but an alarming one considering that the numbers had been on the decline for a decade prior to that rise. So what is causing this increase in car accidents? There are several different reasons as to why.

More Cars Are On The Road

One of the clearer reasons for more car accidents is that there are more cars on the road. That, plus the fact that people are driving for longer periods of time. This is a side effect of a strong economy and relatively low gas prices; more people are able to afford cars and many of them have jobs that require longer commutes. That combination increases the risk of accidents because there are more cars that spend more time on the road, which increases the probability that accidents will happen.

Laws governing speeding, drunk driving, and speeding are meant to protect drivers, but some government officials argue that the enforcement of these laws has been lacking. Naturally, speeding and drunk driving lead to more accidents, while the lack of seatbelt use leads to more serious injuries and fatalities. Wearing a seatbelt is the law in Florida, but even so, many drivers neglect to use seat belts, which puts them in greater danger should they end up in a traffic accident.

The smartphone has become a distraction in many different areas of life and, unfortunately, driving is no different. Texting while driving is one of the big problems, which is why so many states are starting to outlaw that practice. In fact, the general use of smartphones while behind the wheel is being outlawed as well. It is hardly surprising that a driver who is not fully focused on the road has a higher likelihood of getting into an accident. That is why there is a correlation between the increase in people owning smartphones and the increase in people getting into car accidents.

Smartphones are not the only modern distraction that drivers have to contend with, they also have to worry about the connected nature of newer vehicles. New cars can have infotainment systems that are meant to streamline many of the functions of the automobile. However, they can often be quite complex to figure out and fiddling with them can prove to be distracting for many drivers. There are also old-fashioned distractions like eating, drinking, or talking to passengers while driving.

The Proliferation of SUVs

Sport utility vehicles, crossovers, and pickup trucks are among the most popular type of automobile on American roads and their prevalence is part of the reason why many traffic accidents are now fatal. However, in this case, those vehicles are more fatal to pedestrians than they are to drivers. The higher grills and heavier weight of these vehicles means that any pedestrian that gets hit by them is likely to suffer greater injuries than if they were hit by a car traveling at the same speed. Their higher ground clearance also means that pedestrians are more likely to get trapped underneath them, whereas they would likely get knocked away if struck by a car.

Keep Safe On The Roads

The best way to keep safe when driving is to exercise safe driving practices. You cannot control the behavior of other drivers, but you can control your own. Not only will good driving habits help to keep you safe, but in the event of an accident, you can rest assured that it will not be your fault. If you do end up in a car accident, then make sure to contact a well-qualified car accident attorney to help you with your case. You may also check Schafer Law – Boston for more information.