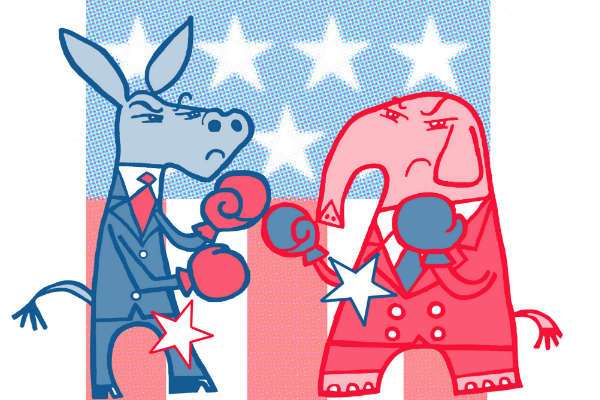 Which of the two political parties has more money, Democrats or Republicans? Most would rush to say Republicans due to the party’s ideas towards tax and money. In fact, polls have shown about 60 percent of the American people believe Republicans favor the rich. But how true is that? Assignment help can help you write about the issue but read our post first.

Which Party is the Party of the 1 Percent?

First, both parties receive substantial support. Much of it comes from registered voters who make $100K+ annually. However, Democrats actually come out ahead when it comes to fundraising for campaigns. In many cases, Democrats have been able to raise twice as much (or more) in private political contributions. But what about outside of politicians? Does that mean Democrats are the wealthier party? Which American families are wealthier? Republicans or Democrats?

To understand who influences politics, you can easily find out who the wealthy support. For example, the Walton family, the owners of the retail giant Walmart, has traditionally donated to Republican candidates. Alice Walton, the daughter of Walmart’s founder, hasn’t strayed from that too much. That is, until the 2008 election. In 2008 and 2016 the Walton family donated to Hilary Clinton’s campaign.

She isn’t the only person from a wealthy family to change tradition where politics are concerned either. Many of the younger individuals in America’s richest families have begun to sway from their family’s political associations as well. Below you’ll find the affiliation and overall net worth of the top 10 richest families in America.

The Richest Politicians in Congress

Another financial question many voters want to know involves the 116th Congress. Who are the richest politicians in Washington? Are there more Democrats or Republicans who top that list? The answer may surprise you. In fact, the top 10 richest politicians are fairly evenly distributed across the aisle. Furthermore, nearly half the members of Congress are millionaires. Based on reported numbers from May 2019, the median net worth of Congress members is just over $1 million. Listed below are the 10 wealthiest members.

Democrats or Republicans: Who Has the Higher Income?

In the end, many people assume Republicans are richer based on these figures. Although, this is only a look at the richest families and politicians in America though. In everyday American households, it seems that Democrats have a higher mean salary. It’s true that many of the wealthiest families in the country are contributing to Republican campaigns. On the contrary, families registered as Democrats have higher annual salaries than Republicans, statistically speaking.

These findings still have some loopholes in them, of course. For instance, the data was collected over the last 40 years or so. Moreover, it is only based on the most recently collected information. As you know, demographics are constantly changing. These figures may have been affected as well. There is also a margin of error with every type of data collection like this. So, what do you think? Who is richer? Democrats or Republicans?