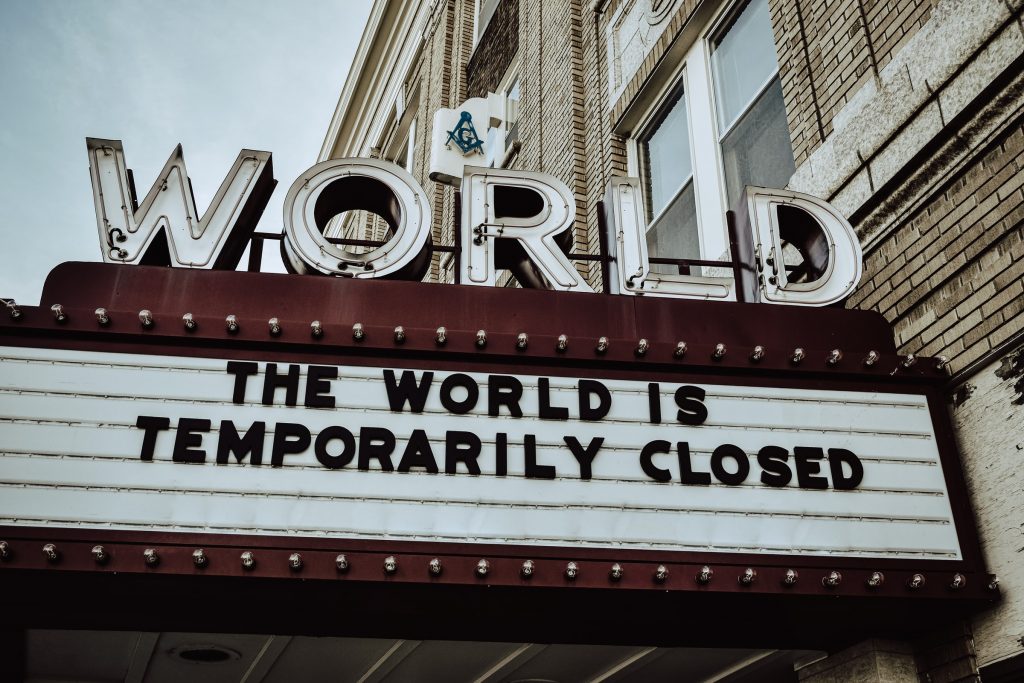 The beginning quarter of 2020 has been costly for investors around the world. The stock market crash which began on February 20, 2020 saw the Dow Jones drop an average of 17%. This is the greatest drop since the 2008 mortgage crisis, causing more than $6 trillion of global stocks to disappear. This not only erased the $78 billion in gains for 2020, but also greatly reduced the net worth of the world’s elite.

This was especially felt by those on Forbes annual list of billionaires. The 500 richest individuals suffered a combined loss of $444 billion by the end of February. The top three accounted for $30 billion of these initial losses. In these uncertain times, there are many people whose net worth might drop due to the pandemic. Here are the people who have lost the most during the current economic downturn. 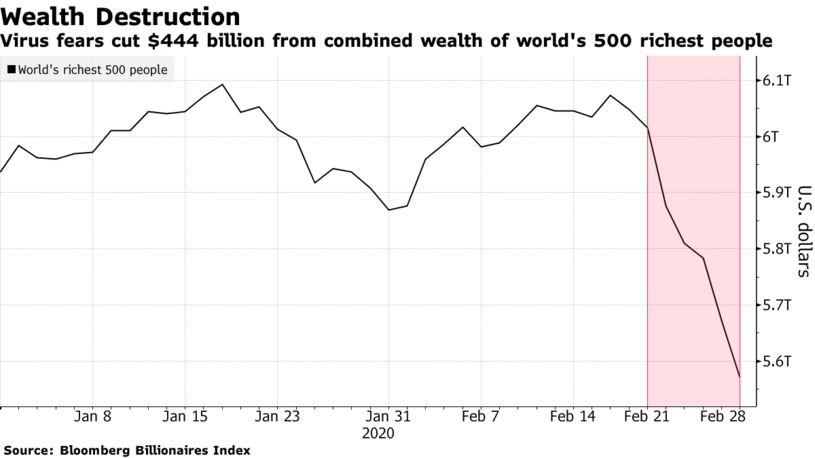 Greatest Drops in Net Worth

As Chairman and CEO of LVHM, Bernard Arnault easily claimed the third spot on Forbes list at the beginning of 2020. This French conglomerate has cornered the market of luxury goods with brands like Louis Vuitton, Hennessy, and Moët & Chandon. LVHM posted record sales in 2019.

Unfortunately, it also reported the greatest losses due to the market crash. As of the writing of this article, Arnault has lost $33.5 billion of his net worth. With less demand from Chinese consumers and shutdowns in Italy, LVHM and Arnault have lost billions. He is now valued at $71.7 billion and is likely to continue to lose money if conditions endure.

Armancio Ortega became the richest man in Europe as a pioneer of fast fashion. His company Inditex, gained fame with the Zara fashion chain and is the wealthiest retailer in the world. With a net worth of $61.8 billion, Ortega typically makes $400 million annually in dividends.

However, his net worth has taken a severe hit due to the impacts of Covid-19. People are wary to enter stores and are following government calls to self-quarantine. He is currently reporting a loss of $24.5 billion and his net worth might drop more if sales continue to stagnate.

It’s no wonder that the Oracle of Omaha remains at the top of the world’s richest people. Currently valued at $69.4 billion, Warren Buffett is one of the most successful investors in the world. However, Berkshire Hathaway has also suffered severe losses from the current stock market decline.

According to Bloomberg’s Billionaire Index, Buffett’s net worth has dropped by $19.9 billion dollars. This is largely in part to Berkshire Hathaway’s holdings in domestic airlines like Delta and American Airlines. As flights are grounded, Buffett is one billionaire whose net worth might drop even further due to the pandemic.

As the richest man in Mexico, Carlos Slim Helu made his billions in telecommunications. His original stakes in Telmex proved extremely profitable after joining America Movil. The Mexican business mogul has also invested in real estate, construction, mining, art, and the New York Times.

Since the outbreak of Covid-19, Carlos Slim has lost approximately $19.8 billion. These huge losses were largely due to currency depreciation against the American dollar. According to the Central Bank of Mexico, the Mexican peso has depreciated nearly 30% since the start of the year. Unless the US dollar quickly rebounds, Carlos Slim’s net worth will continue to depreciate as well.

Mukesh Ambani is the chairman and driving force behind the Indian gas and oil giant, Reliant Industries. Following his father’s death in 2002, he and his younger brother are continuing to build the family’s financial empire. Ambani has claimed the title of richest Indian for 12 consecutive years.

However, the energy sector has been greatly affected by worldwide quarantine measures. As the prices plummeted, so did Ambani’s net worth. The Bloomberg Index now lists his total net worth at $39.3 billion. This is a staggering loss of 32% of his net worth, amounting to approximately $19.3 billion. He is no longer the richest man in Asia, and has been replaced by Jack Ma who has only lost slightly more than $1 billion.

Efforts to Curb the Spread of Covid-19

This drastic decline in the stock market reflects several different factors that are affecting the global economy. It shows how consumer needs are changing and impacting businesses. These huge losses reflect the complete shutdowns in production, travel, and people’s avoidance of public places. However, several of the world’s billionaires have also dedicated their resources to help curb the spread of Covid-19.Many billionaires have already donated millions of dollars towards relief efforts.

In 2010, Warren Buffett initiated the Giving Pledge to encourage the world’s wealthiest people to donate the majority of their fortunes. As of 2019, there were 204 signatories from 22 countries pledging more than $500 billion. Buffett himself has promised to gift 99% of his net worth to charitable causes. This has included large gifts to the Bill and Melinda Gates Foundation. Their foundation has promised over $100 for global detection and treatment of the virus. The majority will help develop vaccines and diagnostics as well as assist in treatment. Gates has also called for a national tracking system to prevent further spread.

Despite the fact that his net worth might drop even more, Bernard Arnault has converted three of his perfume factories to manufacture hand sanitizer. He has also committed 40 million masks to medical staff and hospitals around France. Arnault has agreed to provide and distribute all of the equipment free of cost. Similarly, Ortega has allowed the Spanish government access to his factories to manufacture more masks for health care workers. Meanwhile, Mukesh Ambani has built a hospital in Mumbai in anticipation of rising infection rates.

Offering Hope after the Pandemic

Dozens more have pledged large portions of their wealth to support the less fortunate in these difficult times. The world’s richest people hare providing necessary medical equipment, continuing to pay workers’ salaries, and setting up emergency relief funds. Even when billionaires are losing their fortunes and their net worth might drop, these leaders provide some hope for humanity. The market is sure to rebound, but the world’s rich and powerful are bolstering the economy until then. As the markets fluctuate erratically, it is anyone’s guess as to how long current trends will continue.